People depicted are not actual patients or HCPs.

The following safety profile is a partial presentation of the risks associated with TURALIO.

Adverse reactions led to dose reductions or interruptions in 38% of patients; 13% discontinued treatment1 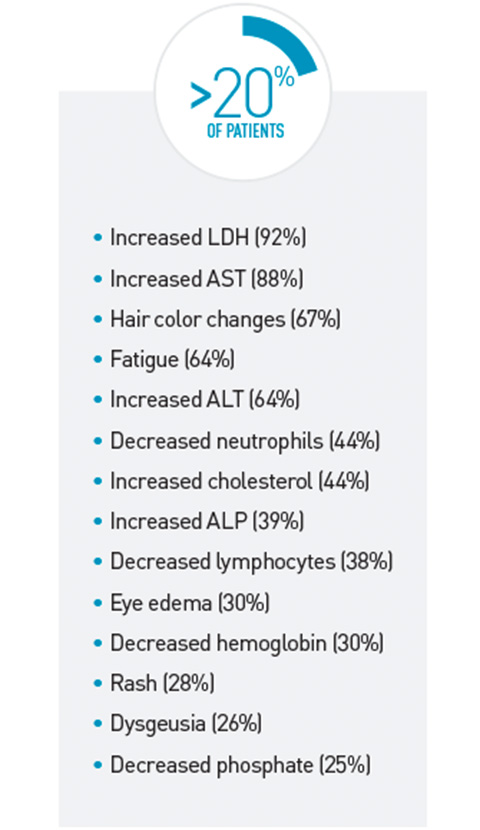 Pexidartinib is a category 1 recommendation for TGCT/PVNS in the NCCN Guidelines® for Soft Tissue Sarcoma.

A category 1 recommendation means that, based upon
high-level evidence, there is uniform NCCN consensus
that intervention is appropriate2

In ENLIVEN, serious liver enzyme elevations were seen within the first 2 months and were
manageable and reversible1,3

In ENLIVEN, signs of serious liver injury occurred in 5% of patients (3 of 61 patients) receiving TURALIO. All cases occurred within the first 2 months. Upon stopping treatment, patient liver enzyme elevations were reversible, with all returning to normal within 1 to 7 months1,3 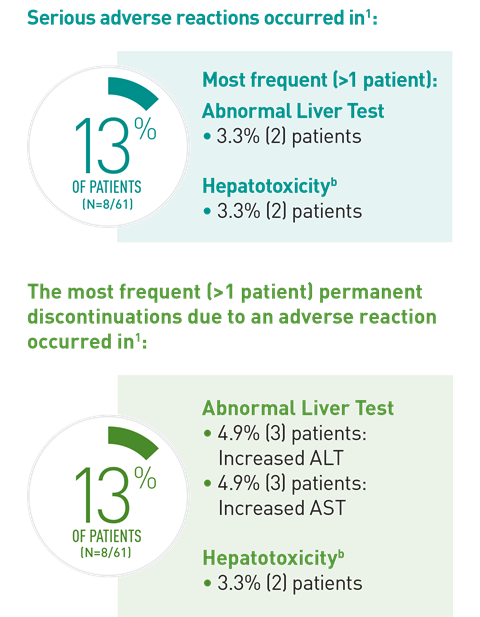 In a pooled, follow-up analysis:
No new safety signals were reported in an exploratory analysis measuring duration of response achieved with TURALIO from the start of treatment until a median of 38 months (data cutoff May 31, 2019).4,5

In the pooled analysis of 130 patients, the most common adverse reactions were simiar to seen in the orifinal data analysis, cutoff of March 20174

TURALIO was generally well tolerated, with most TEAEs being low Grade (1 or 2)
even with long-term treatment.
The most frequent adverse events were4:

TURALIO can cause serious and potentially fatal liver injury.

Because of the risk of hepatotoxicity, TURALIO is available only through a Risk Evaluation and Mitigation Strategy (REMS) Program. 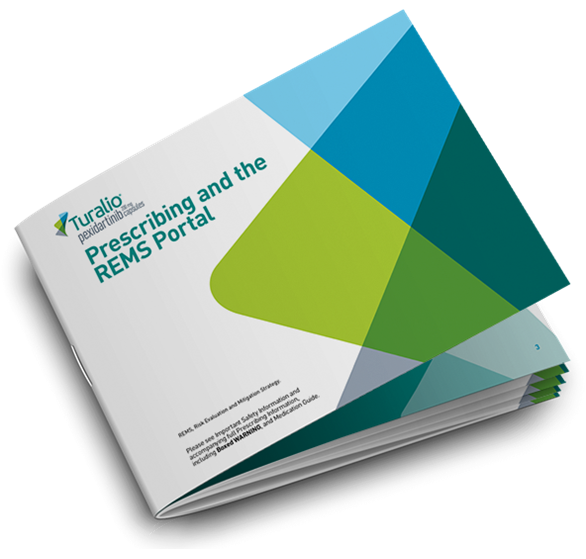 TURALIO can cause serious and potentially fatal liver injury.

Because of the risk of hepatotoxicity, TURALIO is available only through a Risk Evaluation and Mitigation Strategy (REMS) Program. 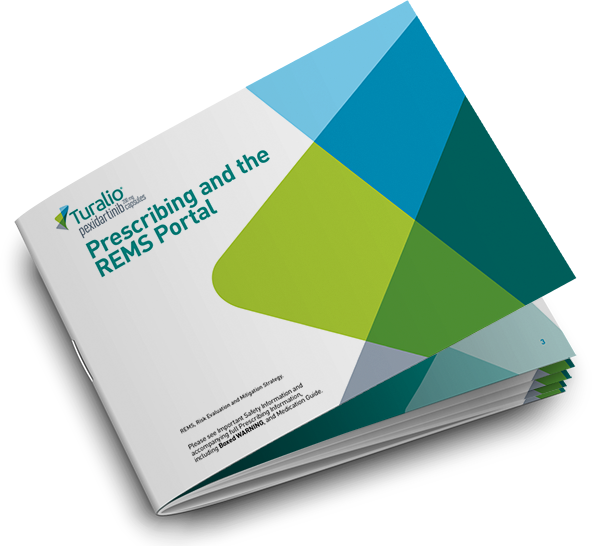 Get more information and resources

TURALIO® (pexidartinib) is available to prescribe! Complete the form below to contact a sales representative about TURALIO.