Efficacy data from the clinical trials

People depicted are not actual patients or HCPs. 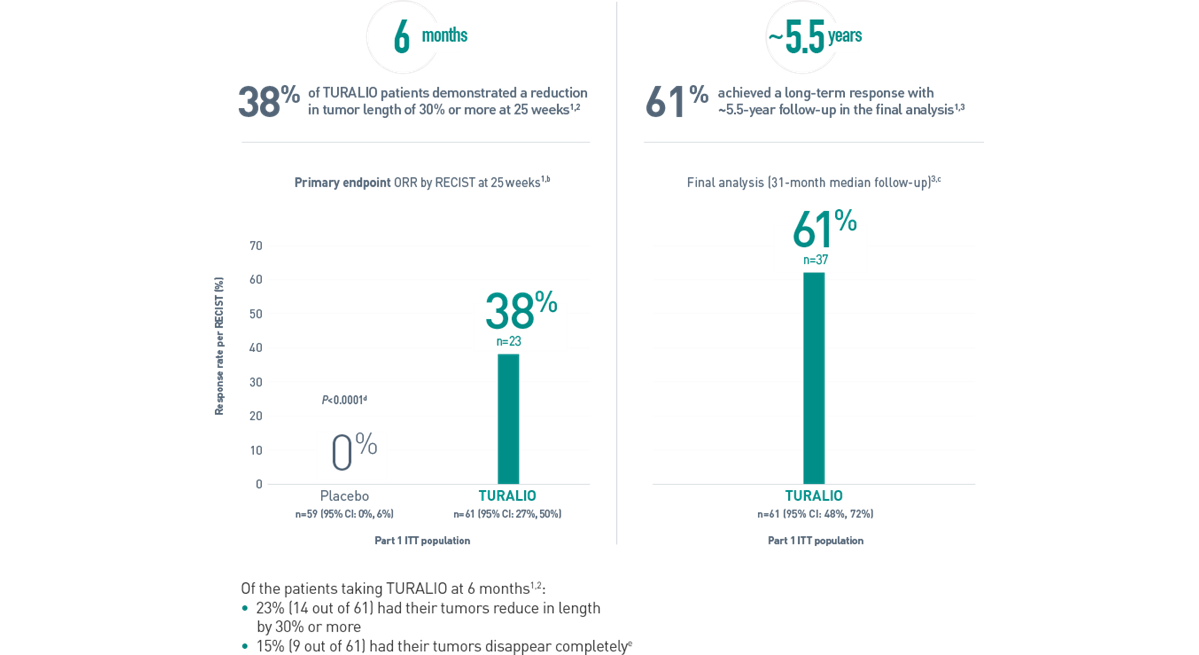 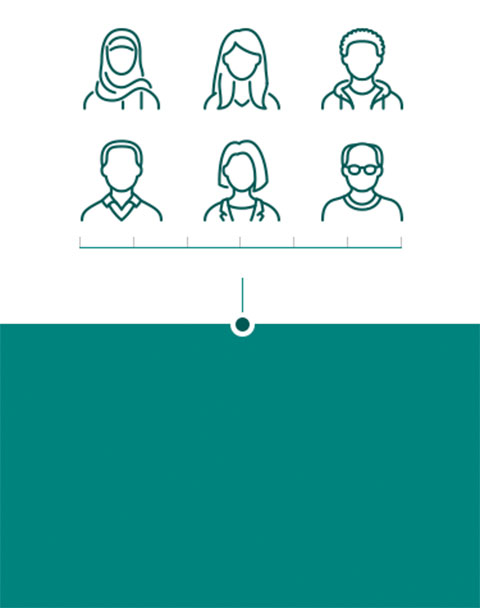 cAn exploratory analysis measured the best overall response achieved with TURALIO from the start of treatment until a median of 38 months (data cutoff of May 31, 2019). The analysis of this endpoint was not included in the prespecified statistical analysis plan to control for type 1 error; as such, it may be susceptible to bias.3 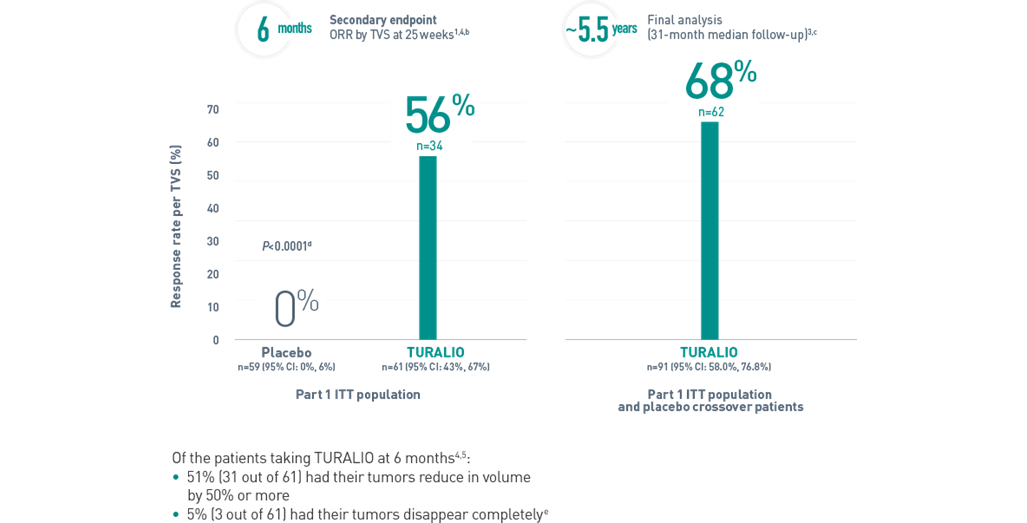 With a longer follow-up of 38 months,

cAn exploratory analysis measured the best overall response achieved with TURALIO from the start of treatment until a median of 38 months (data cutoff of May 31, 2019). The analysis of this endpoint was not included in the prespecified statistical analysis plan to control for type 1 error; as such, it may be susceptible to bias.3

Durable response that lasts in ENLIVEN

Median duration of response was still not
reached at a median follow-up of 38 months (response range: 0.0+ to 41.4+ months)3,a

No new safety signals were reported Signs of serious liver injury occurred in 5% of patients (3 of 61 patients)
receiving TURALIO. All cases occurred within the first 2 months of treatment1,5

Duration of response is defined as the time when the patient experiences first response to the time of first progression, regardless of whether the patient has discontinued treatment5

More than half of responders had an ongoing response. Median duration of response was not reached with a median follow-up of 22 months (response range: 6.9+ to 24.9+ months)1,5,b 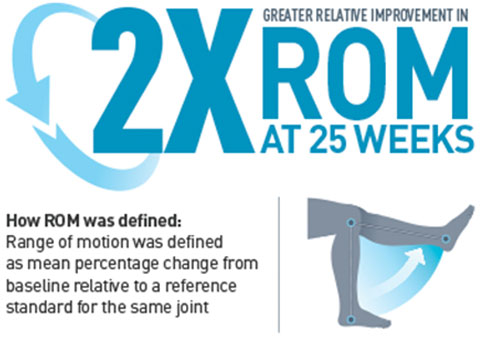 How ROM was defined: Range of motion was defined as mean percentage change from baseline relative to a reference standard for the same joint 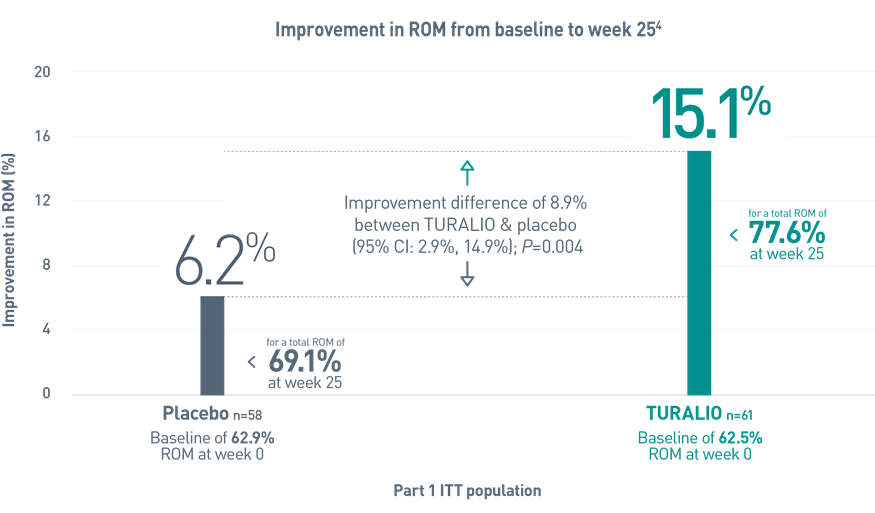 Mean ROM in patients taking TURALIO at the start of the study was 62.5%; ROM had improved 15.1% from
baseline to about 77.6% of possible movement for the joint at 25 weeks5

aThe total population studied was 120 patients. Results were excluded for 1 patient with missing baseline and 31 patients with a missing ROM assessment at week 25. Assessments were performed by a third-party clinical assessor using a goniometer.1

In the pooled analysis, 60% of patients achieved ORR; of these, most achieved results by 6 months on TURALIO 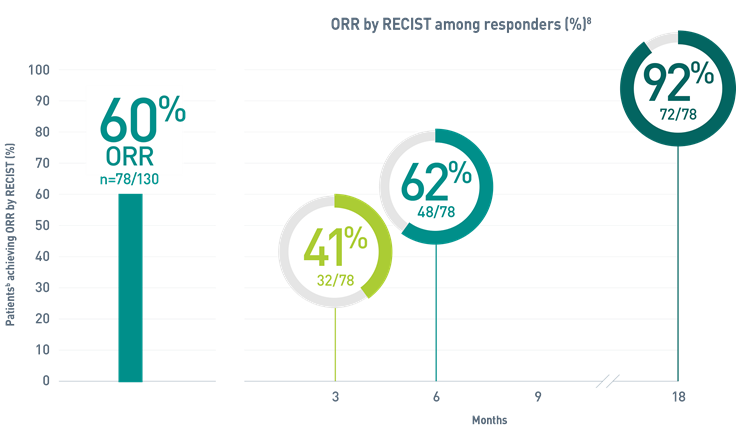 ORR defined as CR+PR per RECIST v1.1 in the ITT population.

aThe phase 1 study was the first in-human study with a dose-escalation phase with an expansion cohort phase (39 patients with TGCT) conducted in patients with solid tumors. Pexidartinib at 1000 mg/d (split in twice-daily dosing) was taken until tumor progression or unacceptable toxicity.9

bThe pooled population had a median duration of treatment of 19 months, with treatment ongoing in 54 patients (42%) as of the May 31, 2019 data cutoff.9

The median time to an initial response was 3.4 months as assessed by RECIST v1.1

TURALIO is the only FDA-approved targeted therapy for TGCT1

Get more information and resources

TURALIO® (pexidartinib) is available to prescribe! Complete the form below to contact a sales representative about TURALIO.